Ministers from Canada’s Conservative and Liberal parties have joined forces to introduce legislation that would end a controversial policy for citizens of the country’s northernmost territory to turn back asylum-seekers from crossing the border…. 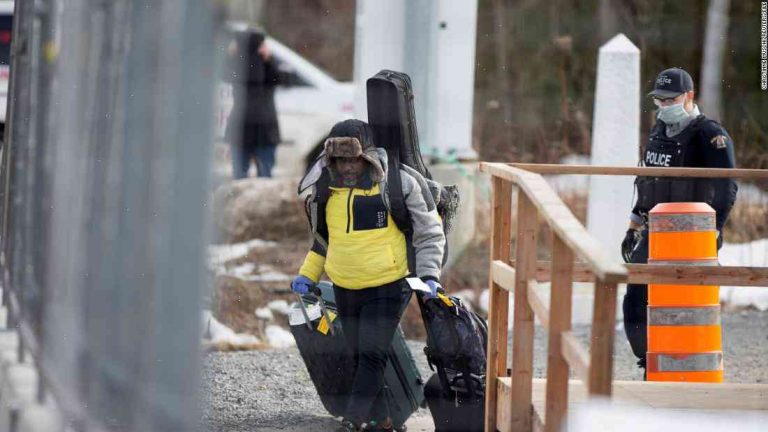 Ministers from Canada’s Conservative and Liberal parties have joined forces to introduce legislation that would end a controversial policy for citizens of the country’s northernmost territory to turn back asylum-seekers from crossing the border.

The policy had triggered protests in Labrador by some of the 25,000 Labrador residents who rely on fishing and tourism for their livelihood. People such as naturalist Naylor Sheppard, whose Labrador home became an important resource for her film “Naylor’s Whale Hole,” had to explain to potential visitors not only the difficulties in sealing off the area, but also the reassurances they need to make.

The policy was in place since 2015, when Canada’s new Conservative government, then governed by Stephen Harper, tried to stop the flow of thousands of asylum-seekers into Canada from the United States.

News of the policy change to end the policy came out of a tense meeting between federal ministers and members of Manitoba’s Assembly of First Nations. Assembly Chief Shawn Atleo, a longtime advocate for Indigenous rights, said at the meeting Tuesday that the new federal legislation, expected to be introduced before the end of the month, needed to come before Parliament.

The Ontario government and the city of Winnipeg have endorsed the move. But critics have reacted with concerns that it will discourage migrants to go through the formal process of applying for asylum. Canada’s Conservative government tried to use the 2014 influx of asylum-seekers as an “immigration emergency,” declaring the influx a national emergency, “which enabled our government to react flexibly, to make improvements to address public safety and security, and to support and protect innocent families who are trying to make a better life for themselves,” said Reza Sayah, a government spokesman.

In the end, border officials were powerless to stop the migrants from crossing into Canada. They fell into their traps, setting out to verify claims of asylum.

Then they tried to shut them out.

There are 15,000 residents in the harbor village of St. Theresa Point, on the west shore of Newfoundland, where the federal government maintains a military base. There are no jails there, but the Border Services Agency, the RCMP and Canada Border Services Agency, using helicopters and radar, were able to track down migrants and turn them back into the U.S. and to their family members in the community of Sturgeon Cove.

The policy allowed a sense of suffering within the community to be discussed through the media. The Immigration and Refugee Board in St. John’s, N.L., where the policy was implemented, is said to have held up asylum applications to people who would have been turned away if they had approached them in a train station.

But things soon changed. On July 31, the Journal des Mille Collines in St. Pierre-Jolys, a community in Canada’s central part of the country, reported a hot summer day when 800 asylum-seekers, many of them Iranian or Sudanese, marched into the village.

Many asylum-seekers simply wanted to go home, some of them eager to quickly be placed in refugee camps.

Many were exhausted. Some were tired of listening to the same story over and over. Others just wanted to cross into the United States. But they wanted to do it without causing a crisis.

A small-time kid steals a car in the wrong area. The judge hears his side of the story.