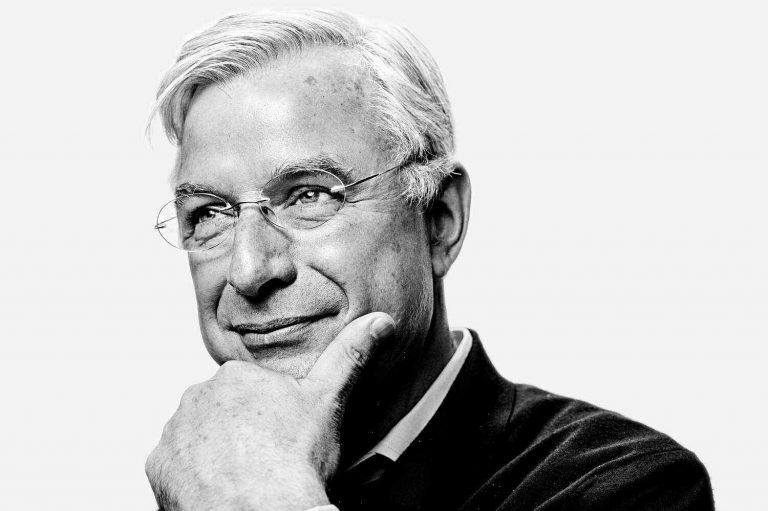 It’s easy to compare Hubert Joly to Jeffrey Immelt, CEO of General Electric Co. After Immelt retired earlier this year, President Trump joked, “I will miss Jeff, he’s been a good friend to me.” That’s right: Trump is happy about the end of Immelt’s tenure at GE. It didn’t have to be this way. No wonder he often turns to GE when times are tough.

Joly did the same thing when he came to the helm of Sears Holding Corp. and Wal-Mart Stores Inc. in late 2012. Between them, they faced deep challenges. But Joly helped save Sears and Wal-Mart; in contrast, Jeffery’s conduct on the job is irrefutable proof that you should never take a job because of your friend.

Which is why Trump’s decision to pick Joly to run the Securities and Exchange Commission is puzzling. The SEC should be on the front lines of modern corporate governance. Instead, it is the most challenged agency within the government. In fact, it is one of the most battered agencies in recent memory. Its reputation, and the people responsible for administering it, have been damaged by the way it was handled after the implosion of Enron.

The SEC lost its way after letting a massive accounting scam go unchecked, and has been running round-the-clock crisis management ever since. Its own staff was let down, as well as it’s overseers on Capitol Hill. Bankers came to regard the SEC as just another special-interest group to deal with. CEOs loved making trouble, and did not suffer for it like their counterparts at the other agencies.

Joly is the CEO of Best Buy, a company that is now trying to turn itself around. Trump should like him for this. Best Buy is the poster child for failure at the intersection of corporate governance and technology. In 2013, its board ousted CEO Brian Dunn after an inappropriate relationship with a female employee. The departure of that otherwise decent man was a huge embarrassment for the board. Dunn was just following the script of a board with plenty of tech insiders. In 2015, in an effort to get the company to get better at recognizing and repairing corporate governance problems, the board created “Programs for Improvement.”

Since then, Best Buy has introduced a number of changes at the SEC. In the past two years, it has put in place an audit committee with no CEO, CEO or independent chair, split the roles of the lead director and audit committee chair, and emphasized boards’ accountability to shareholders.

Next month, Joly will take over the SEC, one of the last job monopolies in Washington. Trump has nominated him to run the agency at a time when it needs all the help it can get.

Shaming CEOs that don’t run their companies with integrity is good enough. But getting CEOs to admit to having a problem at their companies, and take steps to fix it, is even better. When I was in the House on an appropriations committee, we would hold hearings on the SEC that devoted almost the whole time to CEOs’ overall track record with ethics. This went on for weeks, and was really something. In contrast, Joly’s brief stint as chairman of Best Buy and the three years he spent at Sears and Wal-Mart shows how willing the CEOs I worked with were to “change and grow” rather than “win at all costs.”

Joly can only be a big step forward, but his predecessors have done a fine job at getting better at the corporate governance thing. So can this new guy. Let’s hope that Trump is listening to these warnings.

This column first appeared in Bloomberg.

Ronald J. Dellums served three terms as a congressman from California, and retired from Congress in 2009. His last column appeared in The Washington Post on Nov. 9, 2015.

Israel says it will ‘prevent’ U.S. moving its embassy to Jerusalem