One year after the crisis exposed the worst in the global financial market, Spaniards are still suffering. Unemployment reached 26% on July 14, despite the cost-cutting that has started to make a dent in… 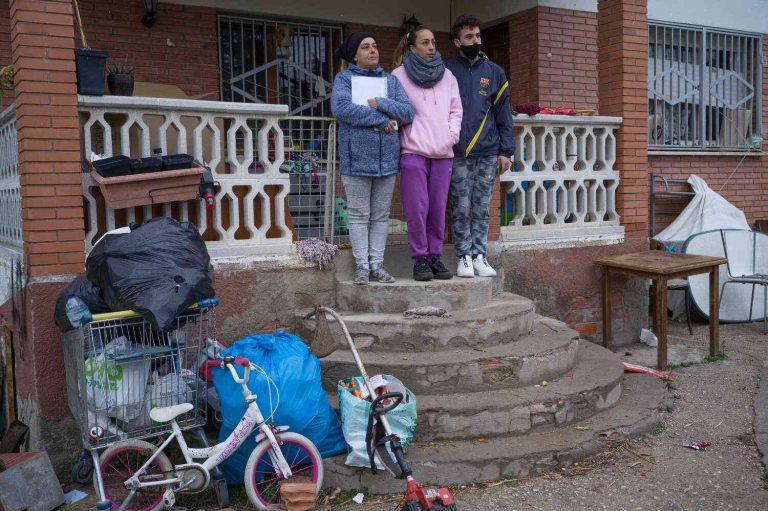 One year after the crisis exposed the worst in the global financial market, Spaniards are still suffering. Unemployment reached 26% on July 14, despite the cost-cutting that has started to make a dent in Spain’s huge budget deficit.

“I can’t believe I’m still here,” says Silvana Peté, a 49-year-old divorced mother of two who had no other option but to remain unemployed. “I had three universities to choose from, but Spain never considered it. I was there for 18 years, and I’m in debt now for 18 years, for an apartment that belongs to the bank. They say, ‘but if you don’t leave, we’ll either have to write off your debt or we’ll destroy the bank.’”

Like many other tenants of large properties being sold off by banks during the crisis, Peté faced accusations of early payment on her mortgage. She had defaulted on monthly payments for three years, but the bank was justifiably suspicious, as most Spaniards who had defaulted were being locked up in overcrowded prison-like, war-like police barracks for more than half a decade.

A similar eviction crisis also surfaced in the United States, where a real estate boom and foreclosure crisis ignited the housing market collapse and ensuing banking crisis. Nevertheless, bankers have stood accused of taking advantage of the lax regulatory policy adopted by the Bush and Obama administrations, and the United States continues to see thousands of evictions per day as large and unregulated real estate investors seize every opportunity to get their hands on first homes.

As residents in Spain are now facing the worst mass eviction crisis in modern history, the government refuses to take any responsibility for the growing crisis. The government is listening more to the bankers and developers, whose own interests have been damaged by the crisis, than to the victims of the crisis.