Yemen is in a civil war between government forces and Houthi rebels A missile struck a mosque and a school in Yemen’s capital, Sanaa, injuring at least 29 people and killing five, the Yemeni… 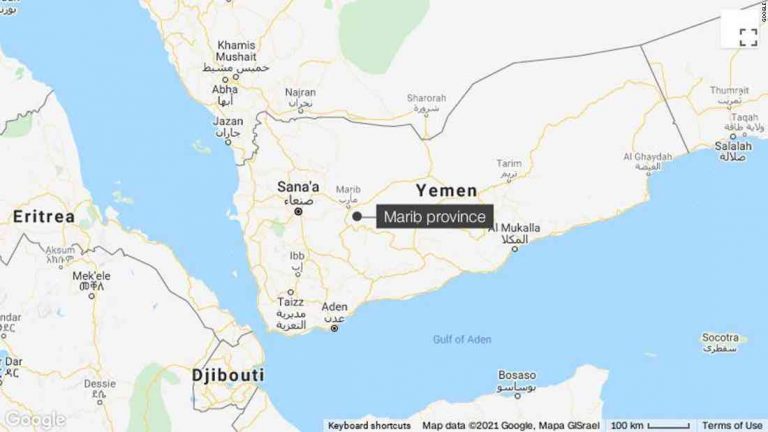 A missile struck a mosque and a school in Yemen’s capital, Sanaa, injuring at least 29 people and killing five, the Yemeni minister of interior says.

A state news agency reported three children among the dead and said an investigation was under way into the incident.

The blast was apparently caused by an air strike, said the minister, Noura Al-Fayez.

Fighting between Yemen’s government and Houthi rebels escalated in August after the authorities refused to let the rebels take control of airports and seaports.

The school was sheltering students, many of whom were injured, while families of other war dead were also attending the mosque, he said.

The blast, which occurred around 25:30 local time (21:30 GMT) on Saturday, caused “considerable” damage, according to a statement published by Al-Masirah television.

Children from the demolished mosque escaped harm, the minister said.

The Houthis have denied responsibility.

Mohammed Ali Eissa, a Houthi spokesman, told Al-Masirah that “probable” US involvement in the attack was being investigated.

US President Donald Trump has said in recent weeks that the US “will not allow Iran to obtain a nuclear weapon”.

However, rights groups say the US provides logistical support and intelligence to forces battling the Houthis.

Ontario adds 278 new cases of AFM to classrooms in schools

Father of Princess Diana: Mourned Diana frequently between 1993 and 1996