The Fight Over Canada’s Daycare With The Conservatives. What It Means for You.

Eleanor McMahon, Justin Trudeau’s director of communications told me, “The Prime Minister’s office has been very clear that the federal government is not interested in running a deficit while we focus on supporting the… 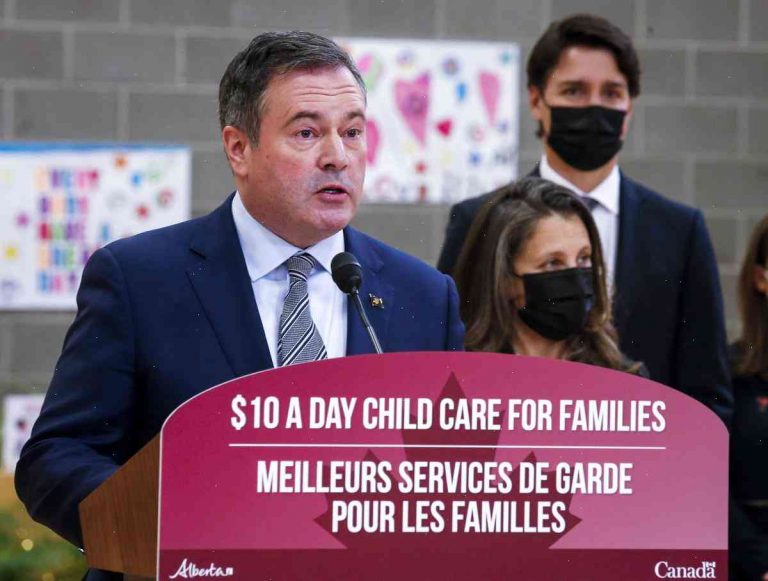 Eleanor McMahon, Justin Trudeau’s director of communications told me, “The Prime Minister’s office has been very clear that the federal government is not interested in running a deficit while we focus on supporting the economy and keeping taxes low.” For this very reason, the Trudeau government’s recent decision to increase the monthly Child Care Benefit was more of a redistribution of tax dollars away from the non-working middle class to the majority of parents in this country.

Through tweaks to the Child Care Benefit, the government moved $300 million from CPP and EI disability benefits to fund this program. On top of that, an amount of $87 million in benefits each month will be handed out as increase to the Parental Leave Insurance program. According to Rachel McLean, the Minister of Families, Children and Social Development, this is not the only priority for the government. Canada can’t afford to increase taxes for everyone. “Not only can we not afford another tax increase, our government’s guiding principle is that no Canadian should pay higher taxes than they had to before.”

Clearly, the government is no longer focusing on supporting the middle class. The Prime Minister announced in June that the government will be moving forward with a national carbon tax. Many financial experts expect that this tax will hurt the middle class. With the largest carbon tax in the world coming to an end in New Zealand next year, I fear that a carbon tax is just the beginning of a string of tax increases in this country.

Conversely, Ontario Premier Doug Ford and Prime Minister Justin Trudeau are fighting over billions of dollars. Earlier this week, Ford announced that he would be cutting daycare fees, heating subsidies and transportation benefits in an effort to reduce the province’s deficit. Ford’s stance on tax rates and taxes in general is, I believe, commendable. He believes that taxes and fees should be kept low so that individuals can focus on other aspects of their lives. Without this focus, I fear that the government will increasingly shift the tax burden from the middle class to the highest-income earners and there will be even less money to help out working middle class families.

Again, both Premier Ford and Prime Minister Trudeau are really fighting over dollars. Ontario needs to reduce its deficit, and that means cutting the budget. In the past five years, Ontario spent over $100 billion more than it took in, and now that the province is back in a surplus, the province is now having to kick some of those can down the road and pay back the deficit.

On the other hand, Prime Minister Trudeau, as they are fighting over the daycare rebate and the carbon tax, is trying to create more taxes and fees in Canada. The rebate he is looking to create is a “giant payroll tax.” The worst part about this is that it is created to benefit middle class people by giving them less money. These higher daycare costs will be all paid for by the tax increase. At the end of the day, people will have to pay more for daycare to help the government pay for it, which means that they will be spending less money at the grocery store or going out to dinner or enjoying the outdoors with their family.

Ontario and Ottawa need to stop posturing and make a deal on child care and, if they are really concerned about helping middle class families, they should come to an agreement on relief from taxes and fees that both the private and public sectors can agree on. This way, everyone can have access to subsidized daycare, saving time, money and unnecessary stress. If the government wants to subsidize daycare for the public sector, they should encourage the private sector to run it. Some daycare providers have expressed their eagerness to take the lead on this initiative by putting the next step of building a childcare centre together.

Mark Cameron is the founder of CAFÉ Canada, Canada’s only public affairs and media training company. You can find more information about CAFÉ Canada by visiting CAFÉ.ca and following them on Facebook and Twitter.