“Princess [Maud] was very very concerned with food, in Morocco,” the curator of the Musee d’Orsay, Marie-Hélène Lebeau, told me as we toured the museum. “So we’re at this point collecting chefs. There are… 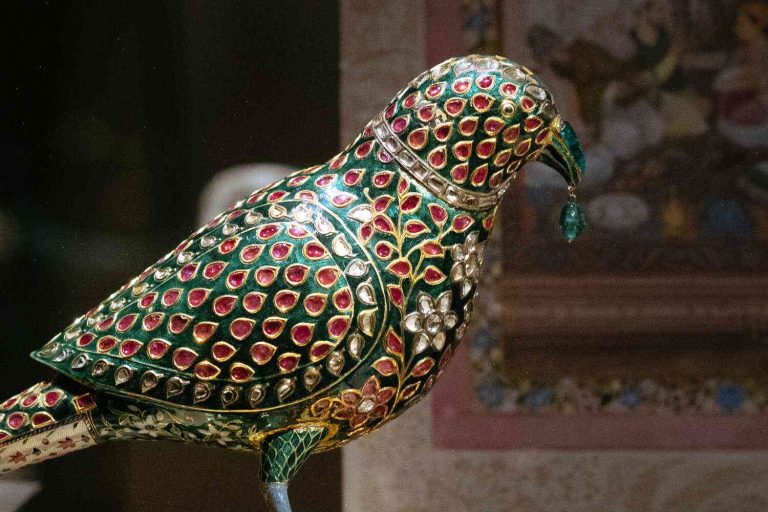 “Princess [Maud] was very very concerned with food, in Morocco,” the curator of the Musee d’Orsay, Marie-Hélène Lebeau, told me as we toured the museum. “So we’re at this point collecting chefs. There are 45 specialists of the region — marzipan artists, sugar factory craftsmen — not only for Moroccan cuisine, but also for the regional products that are important for this cuisine: blackberries, sesame seeds, grapes, lemon, olive oil.”

The exhibit also features products produced in other countries by hajis, or concubines, of yesteryear. Some of the $150,000 worth of hajis’ pieces, as the merchandise is called, hang in dressing rooms and are the reason the museum is so beautifully decorated.

Last month, I visited the Musee d’Orsay for the first time as part of a trip from New York that also included a city tour and lunch at Café Daouk. Each day we ate in a different city, offering a new perspective on each place.

While on Saturday, I ate hearty meals in Paris, Brussels and Amsterdam. The day before, I ate at Café Daouk in Seattle, Belgium, and enjoyed the pan-Arab meals cooked by the chef Kamel Chowdhury.

Born in Lajpur, Bangladesh, Chowdhury emigrated to Brussels in 1990. A popular name in the Brussels restaurant scene, Chowdhury has been featured in Bon Appétit and Redbook magazine and serves as a mentor at the Cafe de la Merle St. Michelin-starred restaurant.

He will not have another consecutive position at the cafe, but will continue his partnership with Andre Vergara, the owner, according to a spokesperson for the restaurant. Chowdhury will return to “the kitchen of a serious French-Moroccan food establishment.”