Foong Sai Man, 20, was sentenced this week in the Asian financial center of Hong Kong to seven years and four months in prison for his involvement in the democracy movement. In a case… 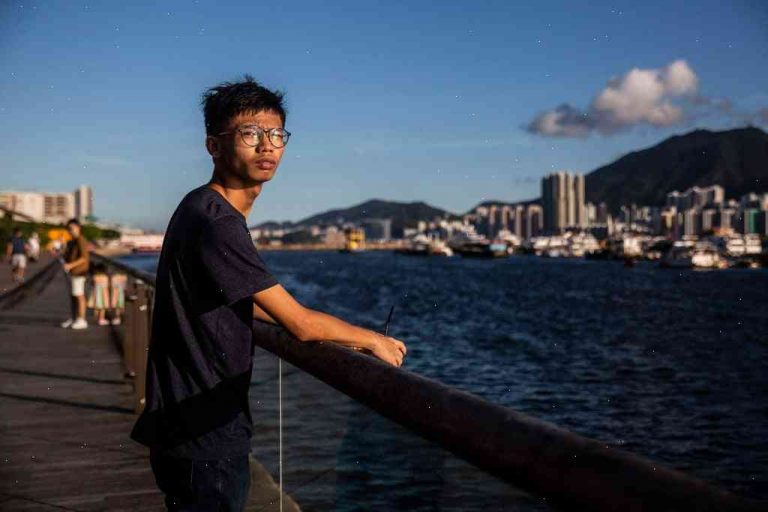 Foong Sai Man, 20, was sentenced this week in the Asian financial center of Hong Kong to seven years and four months in prison for his involvement in the democracy movement.

In a case closely watched by those at home and abroad, Foong will have to serve at least 51 months behind bars due to a law in Hong Kong that was passed this year, the newspaper The South China Morning Post reported.

“On the 25th anniversary of the public consultation and public voting on the 2017 Chief Executive Election, Mr. Foong strode out on the stage with his hands in the air, and then the shouting and the banging started. Everyone, including Mr. Foong, ran out,” Judge Irene Ho said during Foong’s sentencing hearing, according to the Post.

At the time, the prominent organizer was wearing a shirt with the slogan “Unify Hong Kong” written on it. Last week, he was arrested for provoking the crowd, who were shouting pro-independence slogans.

“When I realize that I have committed a crime, my conscience gets me to accept the punishment,” Foong said, according to the Post.

Until Wednesday, Foong was considered a political prisoner due to his role in the protests, but now that he is serving jail time, his case is more closely scrutinized than ever before.

“It’s outrageous and it’s quite clearly the government basically disrespecting its own laws. The court should be given a chance to make a ruling on Foong’s future. What happened in Hong Kong has implications for the world,” Adam Boyes, of Amnesty International Hong Kong, told the Post.

Foong was sentenced under a “public assembly” law passed in April which was designed to quell the activity of pro-independence groups on the anniversary of the 1997 handover.

His and other pro-democracy activists’ sentences for their involvement in the democracy movements drew criticism from Hong Kong authorities, as well as outside observers.

“Foong and the others sentenced so far face up to three years in prison. Now, like it or not, for the Hong Kong government, their crimes are much more serious because, once they are dealt with under Hong Kong’s laws, they have this special status of being politically charged,” Jonathan London, the founder of European Lawyers for Hong Kong, said.

This week, Hong Kong’s Justice Secretary announced that his department will review Foong’s case and would likely send it to the Hong Kong’s Independent Commission Against Corruption, which deals with corruption and is not bound by the law.

Under Hong Kong’s “Basic Law,” which lays out the legal framework of the city, the Government is responsible for the environment, economy, communications, transport, education, health, culture, parks, the environment, basic utilities, criminal laws, law enforcement, health administration, communication with foreign states, national security, justice and public order. The City Council has the power to amend the law, but only when the Basic Law has not been ratified.

The Basic Law includes a clause stating that “the autonomy of Hong Kong is based on the principle of the rule of law, and stipulates that the chief executive must embody this principle.” The Basic Law also requires the Chief Executive to show “full confidence in the judiciary of Hong Kong and provide public assurances of the impartiality of the judiciary.”

Hong Kong Chief Executive Leung Chun-ying has urged citizens to be “fair and balanced” and in recent months, he has expressed concern over the independence of Hong Kong’s judiciary and claimed that the judiciary may have lost its way.

Scott Schultz, a law professor at American University Washington College of Law in D.C., told FoxNews.com that it is not a good sign that China and Hong Kong are calling for the independence of Hong Kong’s judiciary.

“It’s a scary signal for the West that China would feel the need to say that it is talking about independence in Hong Kong courts. That makes no sense in American law,” he said.

Samantha Buck is a freelance writer based in Virginia. Follow her on Twitter @samandi_buck and on her blog, Which Side Are You On?