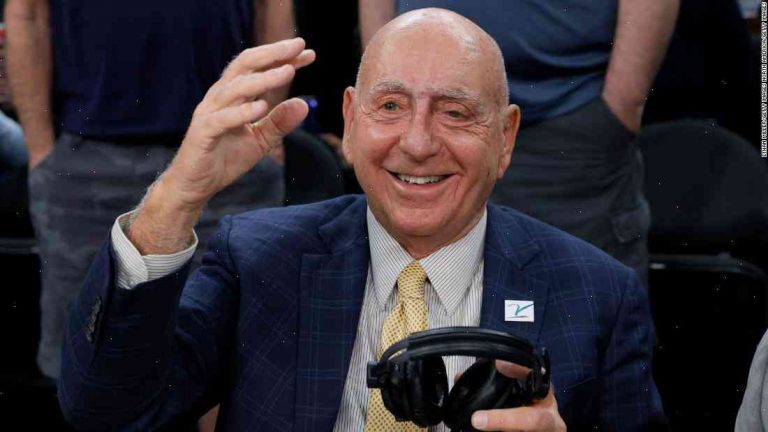 Vitale was presented with a dozen roses by ESPN on the sidewalk outside, and left the building on crutches.

“I’ve got a lot of days left, a lot of good days,” Vitale said, his voice breaking, according to WSB.

The 81-year-old Vitale has been diagnosed with urothelial cancer, a form of bladder cancer affecting the bladder, the University of South Florida announced earlier this month.

Vitale announced that he had the diagnosis in an interview with USA Today, saying he had been offered a big pay raise to retire after 33 years as the host of ESPN’s college basketball broadcast.

ESPN said Vitale, who is in his seventh year as host of its “College GameDay” pregame and postgame show, will return to its broadcasts next season.

“Today there is a difference,” Vitale said Monday. “I don’t think it will ever be the same. I love what I do. I know what God is doing.”

Vitale has been closely associated with Duke since the early 1960s, when he worked as a scout for the Blue Devils and would go on to be their head coach in two seasons. He later served as their play-by-play announcer for 22 years before retiring in 2011.

The sports world came together in a series of tributes to Vitale, who continues to travel the country promoting youth sports.

“What a legend! You will be missed,” Howard Schultz, president of the National Basketball Players Association, said on Twitter.

Vitale received a proclamation from Florida Gov. Rick Scott. “As the son of a policeman and a nurse, your legacy is in your blood,” he said, according to WSB.

Campaign seeks to give child brides in Sudan, India, and Nepal an annulment