With political opponents jailed or dying in jail, no one knows how many ethnic Tigrayans in Ethiopia’s army will obey the president and risk lives in fighting the rebels Ethiopia’s nationalist president, Abiy Ahmed,… 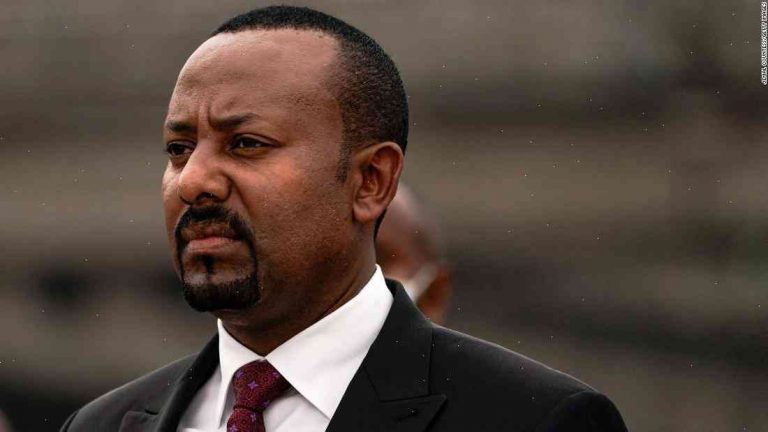 With political opponents jailed or dying in jail, no one knows how many ethnic Tigrayans in Ethiopia’s army will obey the president and risk lives in fighting the rebels

Ethiopia’s nationalist president, Abiy Ahmed, is more than doubling his support from his ethnic Tigrayan homeland for a planned military offensive against insurgents, despite fears he will lose support from other parts of the Ethiopian state.

The government has said it plans to send its forces to war with the Ogaden National Liberation Front, a Muslim rebel group based in eastern Ethiopia that has often clashed with the Somali regional state in recent years.

The army has not said where its forces would be stationed in the offensive, but the president’s announcement of plans to double the number of troops from 15,000 to 35,000 indicates a belief that there is enough support within the army and Tigrayan community to fight the rebels.

“I will be able to take part on the front line to show my solidarity and support for the good people of the country. I am also ready to be wounded, if I am needed,” he told his supporters in a post on his Facebook page.

With ethnic Tigrayans largely out of government employment and paying high prices for rice and fuel, many of the men from the black ethnic group are seeking a pay rise, trade union officials and residents of Ethiopia’s western Tigray region said.

They are also hoping the crackdown will bring a boost in the political and economic power they say they lack, in addition to a rare chance to cash in on the resurgent Tigrayan economic boom that helped Abiy’s predecessor, Hailemariam Desalegn, become the youngest person to win the Nobel peace prize in 2015.

Abiy has tried to pull his economic fortunes away from the Tigrayan minority, which accounted for 45% of his 10-month-old coalition alliance, the Ethiopian People’s Revolutionary Democratic Front (EPRDF), in an effort to boost rights for Tigrayans and promote unity and fairness across the diverse nation.

He has released imprisoned opponents including the former parliament speaker, Berhanu Nega, who was widely seen as the father of the current opposition against the EPRDF.

He has also relaunched talks with Eritrea, brokered by the United Nations, and Ethiopia’s army has raided key rebel camps and promised more attacks.

Ethiopian troops have now moved from the centre of the country to the north and south-west of Tigray, according to Tibi Tadesse, a human rights and political affairs researcher who has been living in exile in the UK for three years.

“Tigrayan soldiers continue to be deployed and taken out of their barracks and confinements. They are being sent to the front line in large numbers,” he said, adding that soldiers have been sent to areas near the border with Somalia and Tigray is supporting a string of aerial and ground assaults that are apparently supported by Ethiopia’s army and military intelligence.

“The army is coordinating a series of operations where Tigrayan soldiers are being deployed in large numbers,” he said.

New fighting erupted in March in the mainly Afar region and more is expected in the Dollo Ado region, southeast of the capital Addis Ababa, which has seen rebels attacking ethnic Adyans for a number of years.

Ethiopia pro-government media outlet Gana Centa has reported that nine Tigrayan soldiers, a journalist and a trader were killed during clashes in the Elba State last month.

At least 500 Tigrayan students have left their universities or colleges in the last month, fearing that they will lose their jobs in the weeks and months ahead, according to a university teacher, Rehat Azza.

The move to reinvigorate the army is seen as a significant attempt to assure the Tigrayans that they will be protected in the event of a war.

“If there is a war, Tigrayans will be able to back the president and the military,” said Akazi.

Sending up balloons: Other parade mishaps