Taylor Swift arrives on the cover of PopCrush’s 2017 Year-End Countdown for the most trending singles and albums of the year. It may still be November, but as of Monday, Taylor Swift is the… 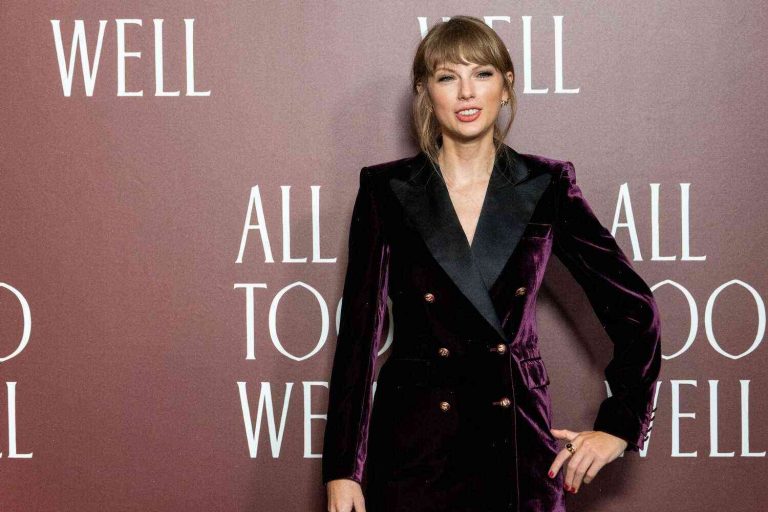 Taylor Swift arrives on the cover of PopCrush’s 2017 Year-End Countdown for the most trending singles and albums of the year.

It may still be November, but as of Monday, Taylor Swift is the week’s No. 1 Billboard album in the U.S.

Swift’s new album “Reputation” is expected to sell over 500,000 copies in its first week of release, according to industry forecasters. If those estimates are confirmed, the album will be the fastest No. 1 debut of the year — and the biggest in six years, since the first week of Adele’s “25” in 2015. Adele won six Grammys, with her single “Hello” winning Record of the Year, Song of the Year and Best Pop Solo Performance.

“Reputation” will make its chart debut on the Billboard 200 and all Billboard albums chart next week.

The album’s lead single “Look What You Made Me Do” debuted to the No. 1 spot on the Billboard Hot 100 dated Oct. 7. In November, the single also topped the Billboard World Chart.

The album’s new track “Delicate” also shot straight to No. 1 on the Billboard Hot 100. Swift released “Delicate” as a surprise single on Instagram. With 3.9 million streams on Spotify in the first three days after its release, “Delicate” is Spotify’s most-streamed track of 2017.

“Reputation” was co-produced by team Swift and Max Martin, Shellback and Julian Bunetta. The album’s 18 songs showcase the 27-year-old singer’s shifting musical tastes. She built her catalog of “1989” singles around dance and pop, and previewed her upcoming album with her summer EP “Reputation.”

In a dig at Kanye West and Kim Kardashian’s “Famous” lyrics, Swift sings “It’s like I never even existed,” as she points to an image of herself surrounded by picture of iconic stars.

Swift hasn’t released a new album since “1989” in 2014, but she began teasing “Reputation” in the summer, spending months taking a break from social media and releasing one song per month on Instagram, Billboard, YouTube and Spotify.

Swift had been absent from the charts since her album’s release in November 2014, the longest stretch between albums of her career. “1989” spent 79 weeks on the Billboard 200, the most in the chart’s 46-year history.

She returned to the charts with “Look What You Made Me Do,” though, and with each new song, the news only got better for the superstar. “Delicate” was the best-selling new single of 2017. Her acceptance speech for Song of the Year at the 2017 American Music Awards was watched by over 18 million people.

Swift also appeared in a new fragrance ad, but the outcome wasn’t quite as sweet — The Internet was calling the “Reputation” campaign “Scandalmas.” The new fragrance did not make it onto the Billboard Charts, however.

This story first appeared on Billboard.com.