Former South Africa captain Francois Hougaard is a major influence in Bryan Habana’s decision to become a human rights activist, even if he does not speak about it in public. “It’s a double-edged sword,”… 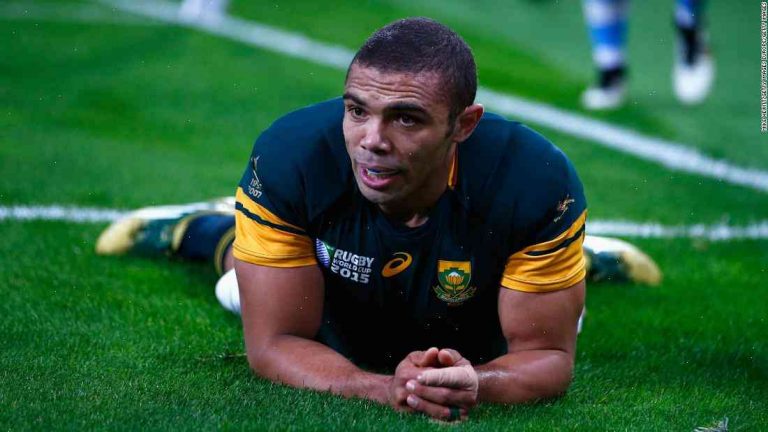 Former South Africa captain Francois Hougaard is a major influence in Bryan Habana’s decision to become a human rights activist, even if he does not speak about it in public. “It’s a double-edged sword,” Hougaard, who last year became the first black man to take part in Test rugby, told the Tshepo Film and Literature Festival in Cape Town. “You get publicized by your side, be known by your side. But when you make a decision like that people stop talking about you … he had the courage to go into the trenches with a non-white side and he would change his name to Bryan Habana.”

The cult rugby figure was a part of the Springboks team that finished runner-up to New Zealand in the 2008 World Cup and was rewarded with a lucrative deal with Toulon in France. The 2009 arrival of Heyneke Meyer as head coach marked a shift in the South African approach to what the South African Rugby Union considered a white or white-dominated sport. The rate of blacks in the squad, hailing from outside South Africa, experienced a significant increase and Meyer succeeded in building a new-generation Boks generation capable of taking on the All Blacks, the favourites in the World Cup that would be held in South Africa two years later. “It was great for us to be sitting here at the beginning of the World Cup,” Meyer said. “We had it in our hands.”

Habana won the competition in 2003, when he was voted world player of the year, while also becoming one of the most prolific goal-kickers in test history, the only player to notch over 300 penalties and over 150 drop goals. The experience on the rugby field at Ellis Park and in Johannesburg’s altitude of 9,070 meters led him to look again at the side of the game he had left behind. “I was fortunate enough to play in what became known as the black power era. In that time we spoke about the black power movement in a more universal, sociological, as opposed to black and white. At that time the world I was playing in was very, very one-dimensional. The people in positions of influence had black voices only. It was not until my World Cup that I had a multicultural team, a very multiracial team. They then gave me a chance to step out of that very black box in which I had been playing.”

His role in the South African team has been the talk of the sports world since he announced his retirement in November 2017. His autobiography On Turning An Eye, will be published in April, just months before the country goes back to the World Cup. He says he will be helping out with the Springboks if there is a need. “I will be there if they need me to,” he says.

Conservation group releases report about its underwater world near Fukushima

ICC to investigate allegations of crimes against humanity in Venezuela