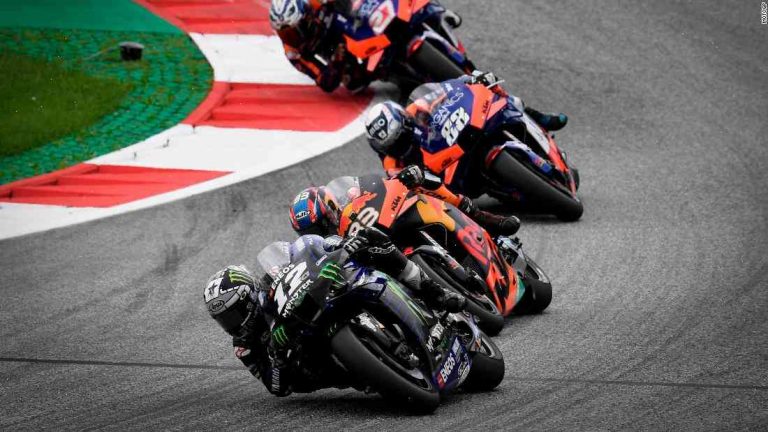 A Mexican boat with Puerto Rican owners has become the first superyacht to finish a marathon around-the-world race.

Maverick Viñales had already made five stops but quit when the boat hit a sandbar near Bora Bora, Tahiti.

He docked in the capital, Manila, and the journey to Auckland in New Zealand, starting afresh, lasted a week.

The owner, family friend Franscisco ‘Frank’ Jimenez, has said he did not want to upset his fans.

Last Thursday, the superyacht used by Mr Jimenez turned around halfway through the race after 18 days at sea.

Over the next two days the boat blasted around Fiji’s Coral Coast, moving six miles an hour, and was due to reach Mauritius in mid-afternoon.

But early on Friday, Maverick Viñales hit a sandbar, leaving Mr Jimenez and his partner to swap the boat for another boat.

After completing the round-the-world crossing with the other boat, Mr Jimenez said he would do the race all over again.

But the feat has drawn criticism from many in the sailing community, with one US TV channel saying he had been “badly advised.”

Mr Jimenez had to seek a new crew to complete the journey, after his original team quit.

Maverick Viñales was the second yacht to finish the journey after Antibe, owned by Arab race entries, crossed the finish line in the United Arab Emirates after turning around.

CNN crew on board Ukrainian ship attacked by Russian ship