Three hundred Australian citizens being held indefinitely at an immigration detention center on Nauru are to be able to return home for limited periods next month, according to a report on Saturday. The planned… 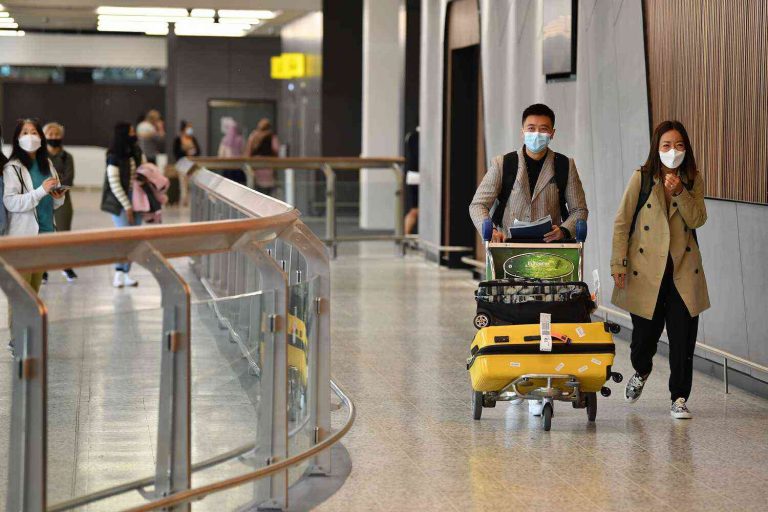 Three hundred Australian citizens being held indefinitely at an immigration detention center on Nauru are to be able to return home for limited periods next month, according to a report on Saturday.

The planned relaxation of restrictions was part of a broad plan to soften immigration policy, which was announced Friday by Australia’s government after intense lobbying by senior party members. Under the measure, the detention of asylum seekers and refugees on offshore islands like Nauru and Papua New Guinea will end altogether by 2023, and Australia will accept responsibility for those who arrive by boat without documentation.

Under the new “dignity transfer” policy, nearly 300 of Australia’s 1,200 refugee and asylum seekers on Nauru will be allowed back to Australia for up to six months from December, despite their poor health conditions and appeals by the United Nations to let them leave the island nation, according to the Sydney Morning Herald.

Under the new package of refugee and asylum seeker policy, the Australian government will establish a permanent resettlement program on Nauru and Papua New Guinea’s Manus Island by 2023, transfer in some cases unauthorised maritime arrivals, and increase the amount of legal certainty for refugees in Australia, according to the paper.

The announcement came after an internal party revolt, during which the party’s leader Malcolm Turnbull was defeated in a leadership vote. His successor, deputy leader Peter Dutton, was credited with driving the changes, which will see hundreds of prisoners moved out of limbo.

“Nauru is a vulnerable place that is going to continue to bear the brunt of Australia’s policies. But we have to take into account our actions have consequences,” Dutton told reporters on Friday.

Turnbull initially vowed to never move detainees to Manus Island or Nauru, but faced heavy pressure from lawmakers to soften his policy. Earlier this year, he briefly allowed some relatives of refugee detainees to leave the detention center on the tiny island nation of Nauru to visit their loved ones.

By December, Australia expects to return up to 600 refugees to Afghanistan, Sri Lanka, the Philippines, and Vietnam. The top ranked detainees on Nauru and Manus Island will be granted protection visas by Australia, which will be accompanied by “assurances of the nation’s good will to never seek or undertake any hostile acts against their benefactors.”

A new High Court decision on Monday is set to determine whether Australia is responsible for the actions of several hundred asylum seekers being held on Nauru. Turnbull said on Friday he hoped that decision would not affect the “dignity transfer” and bring home the remaining detainees.

“The government cannot turn its back on people in desperate circumstances, but if asylum seekers self-harm or harm, Australia’s responsibility is a matter for Nauru and Papua New Guinea,” he said.

Australia first turned away thousands of asylum seekers trying to make the perilous journey from Sri Lanka, Afghanistan, Pakistan, and Iran in the 1980s. The government re-imposed detention on Sri Lankan nationals in 2001 in response to a vicious civil war, which was followed by Australia’s military intervention in Afghanistan in 2001.

Australia now plans to end the policy of detaining asylum seekers at sea. Most of the offshore detention centers are located in Papua New Guinea, where they form a camp known as the Manus Island Processing Centre. A 4,000-person facility, the Nauru government camp sits in the middle of an atoll in the South Pacific.

Turnbull said Friday he believes the country’s previous opposition to policies to manage the Pacific detention camps, even under a previous government, is now “irreversible.”

Correction: An earlier version of this story identified the company that built Manus Island as “Detain Refugees.” Detain Refugees was sold to Australian company World Vision as part of a $150 million deal to close down the facility.

Black Friday shopping guide: how to save money with UK retailers