A Hong Kong court has jailed a 20-year-old activist for more than a year under a local security law, the sentencing came as some human rights advocates denounced the decision as draconian and a… 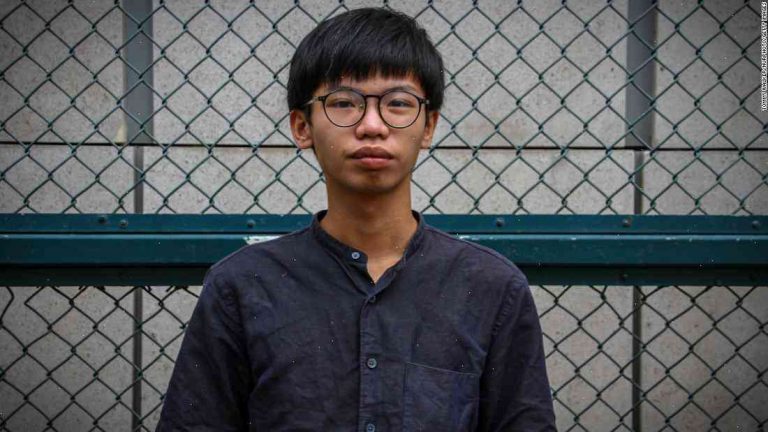 A Hong Kong court has jailed a 20-year-old activist for more than a year under a local security law, the sentencing came as some human rights advocates denounced the decision as draconian and a violation of China’s constitution.

James Chan was handed a one-year jail term under the Security Ordinance after being found guilty of oath-steaming, which at the university saw many students and professors take up the banner of independence and used as a political provocation.

There were concerns at home and abroad that the protest was political in nature. His jailing is the second conviction this year for the irreverent protest, just two weeks after two other students were handed suspended sentences and criticized by rights groups for attempting to infuriate authorities by reciting the oath even though it was not required by law.

However, the conviction on Thursday was the first time authorities had taken such draconian measures under the ordinance, which outlaws the “mass unrest,” after two other activists, Alex Chow and Francis Moriarty, were last month sentenced to three-month sentences.

Hong Kong’s highly secretive law-and-order chief had instructed the police to act against the students who took to the stage to repeat “We, the people, demand the right to self-determination and an independent Hong Kong.”

“I accept the verdicts of the court, the sentence is very appropriate and I accept the Judge’s sentence. I’m disappointed in the rushed process and lack of evidence that my case was political,” Chan told reporters after the court hearing.

The students were convicted in August after a court deliberated for just three hours, amid fresh concerns over their treatment by a newly-installed Chief Executive, Carrie Lam, who has ordered a judicial probe of any inappropriate actions by judiciary during her last term, raising the prospect of constitutional reform.

A second ruling by the university, upholding the decision of the university council to bar Chow from running for parliament, also brought a rebuke from rights groups. They cited case law showing that forced registration of candidates violate students’ freedom of expression.