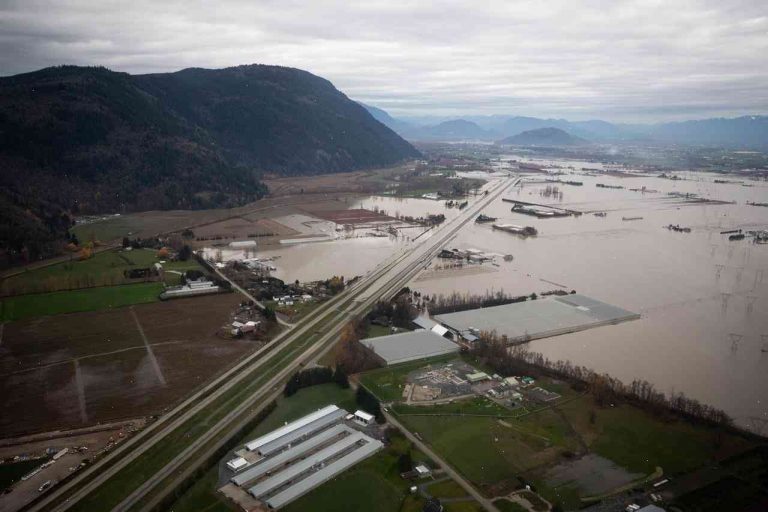 Today, Federal Emergency Management Agency Administrator Brock Long (L) and Chief of Staff to Canada’s Minister of Public Safety and Emergency Preparedness Ralph Goodale Jeremy Hunt (C) announce the reconstruction of critical infrastructure in the communities affected by recent weather events in downtown Toronto, Ontario, Canada. As a follow-up to their joint Canada-U.S. disaster preparedness exercise in 2017, FEMA and Canada Public Safety deployed representatives from both agencies to six cities to respond to a series of major storms caused by years of climate change and demonstrated how effective these partnerships can be in order to implement more efficient and effective disaster risk reduction systems.

At today’s event in Toronto, FEMA and Canada’s Public Safety Canada (PSC) confirmed they are in the final stages of planning a joint assistance program that will address critical infrastructure readiness for future severe weather events and help protect Canadians and Canadians’ investments from flooding, drought, and other natural disasters. The number of Canadian provinces and cities affected by recent natural disasters has increased in recent years and Canada was also one of many countries in the Caribbean impacted by flooding and landslides over the Christmas holidays. In these experiences, where local officials could not provide the requested assistance due to an inability to respond due to federal constraints and/or failures of planning for climate change, the regional partners can demonstrate the critical importance of considering Canada as a viable option for assistance.

Back in September 2017, FEMA and PSC were part of a joint Canada-U.S. disaster preparedness exercise to identify and address the needs of Canadians and Americans who were affected by a series of severe weather events. During that exercise, the goal was to demonstrate the effective collaboration and partnership between the two countries when providing each other with the required resilience-building services that would both recognize a short-term need for those cities to improve their planning as well as provide a template for planning for future adaptation efforts. Since then, FEMA and PSC have continued their collaboration and dialogue through a Memorandum of Understanding signed in December 2018, which outlines their plans for the joint support program.

As requested by FEMA and PSC, the program will enable these two partners to apply critical resilience-building solutions to critical infrastructure in Canada, helping to prepare for the biggest impacts from natural disasters that will result from climate change. In addition to strengthening critical infrastructure preparedness, the program will also enable PSC to share a wealth of information, information-sharing capabilities, and trained expertise with their American counterparts, as well as conduct mutually beneficial risk mitigation efforts in both Canada and the United States.

On behalf of FEMA, I am pleased to join the Canadian public safety minister, the national police and other government partners to announce the construction of critical infrastructure for Canadians in response to significant recent natural disasters and devastating flooding in Toronto.

“Recent natural disasters have provided an impetus for both our organizations to work more closely together to help Canadians recover from these life-threatening storms and prepare them for what is to come,” said FEMA Administrator Brock Long. “Since we launched the joint exercise last year, our teams have been exploring how we can get more resources to support the Canadians, as they do the same for us and the United States. Working with our Canadian partners will continue to be a priority, and I look forward to continuing our dialogue on how we can have the greatest impact in both countries.”

Assistant Minister and the Director General of Public Safety and Emergency Preparedness, Rick Fraser, agreed. “The coordinated role of Canada Public Safety in hurricane relief, and the significant initial response in response to the recent spring floods, demonstrate the value of working together with our U.S. colleagues. We are proud of the role Canada Public Safety is playing in the disaster response and ongoing recovery efforts in the Southern United States, and we are looking forward to the next major disaster,” he said.

Bryan Habana: I would have taken knee after Jonah Lomu injury