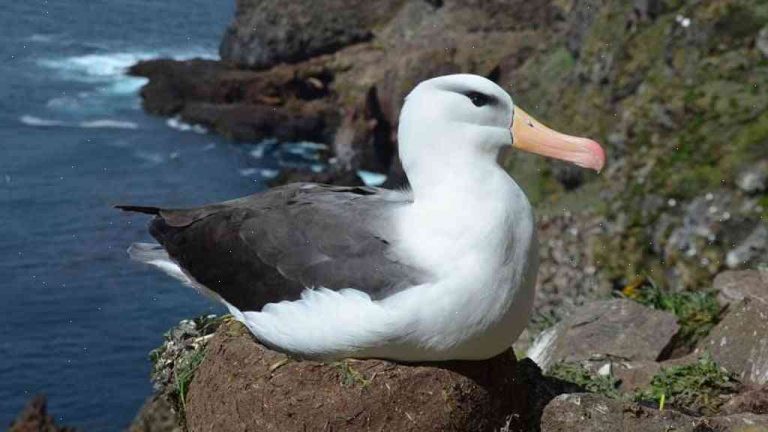 Brexit is not the only worry to attend to among wildlife – researchers have discovered that climate change is affecting the lives of seabirds across the world.

Researchers analysing six decades of satellite records found that the number of Great Walruses in Alaska declined steeply since the 1970s, even though their numbers swelled when populations in China reached record highs.

Just 10% of the breeding chicks on Albatrosses died during that time.

However, those rates are likely to rise in the future due to rapidly changing oceans.

With clearer weather, sea temperatures are rising at a record rate and seabirds, including Britain’s own Albatrosses, are being forced to migrate southwards to find higher-quality feeding grounds.

Albatross parents will lay eggs in shallow, milder waters near their breeding beach – or on the seabed.

Birds who are able to nest in colder seas or inside caves will usually take up permanent residence there.

Scientists have seen a decline in egg hatch rates in the last few decades – and fewer Albatrosses hatching successfully as a result.

Image copyright IWM Image caption Researchers are linking loss of natural habitats, along with high temperatures, to the problem

Their eggs are often found to be too warm.

So scientists have turned to satellites to investigate why.

Published in Nature Ecology & Evolution, the study compares the area of breeding ground available to seabirds, along with how many eggs could hatch and survive to adulthood in that area.

The results reveal a long-term fall in the “calls” for seabird nesting sites around higher sea levels – with numbers of eggs left empty suggesting seabirds can now only find places suitable for nesting if they move further southwards.

Yet the study also highlights a worrying trend – the search for suitable places to nest by seabirds is currently at the top of their list.

The call of the seabird is to live close to the beach where it has laid its eggs – that way the chicks and parents can feed each other and in turn will provide the best long-term prospects for the chicks.

Dr Reinhold Scharfe, who worked on the study at the Fraunhofer Institute for Aerospace and Ocean Engineering in Kiel, Germany, said: “What is scary is that the search for suitable nesting sites is at the top of the reproductive behaviour of seabirds – that means that future disasters could lead to an overall decline in populations.”

Dr Scharfe warned that if sea levels kept rising then even small increases in temperatures could destabilise the nests by pushing the chicks away from the shore, leading to higher death rates.

Joel Kremer: ‘That’s not a diet; it’s really my version of nutritional advantage’