by Lauren Chen BBC News, Baghdad Unsurprisingly, the assassination attempt has galvanised the country’s Islamic population, and all of those who cherish Iraq as a secular democracy Enlarge Image At least one person has… 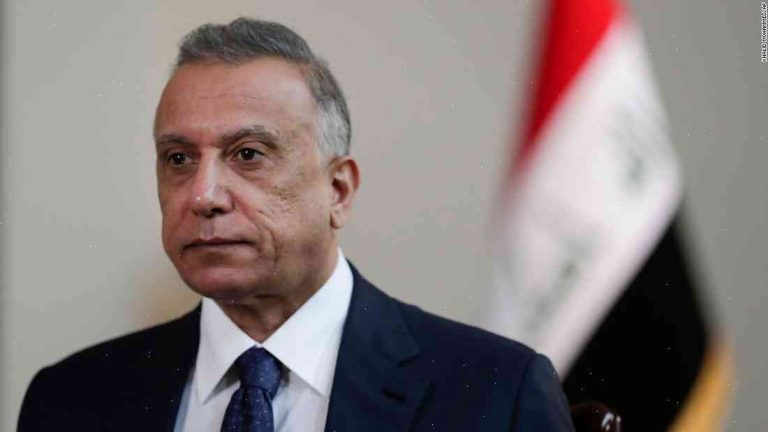 Unsurprisingly, the assassination attempt has galvanised the country’s Islamic population, and all of those who cherish Iraq as a secular democracy

At least one person has been killed and 22 others were wounded in the assassination attempt on the Iraqi Prime Minister, Nouri al-Maliki. It has been claimed that a suicide bomber wearing an explosive vest tried to assassinate Mr Maliki. The BBC’s Baghdad correspondent, Alex Thomson, says some protesters were also arrested. He says a pro-US cleric on the run from Shia militias is likely to be responsible for the attempted attack on the prime minister. Iraqi security forces are clearing the area, where on Tuesday night a suicide bomber dressed in black tried to get close to Mr Maliki’s convoy as he drove to a stadium in the city of Kut. Mr Maliki has his own personal protection team and is not known to have a military personal, our correspondent says. After the attack, there was heavy gunfire, and many of the people affected by the blast were taken to hospital, says Mr Thomson. Anger at Shia militias Although the prime minister’s official spokesman told the BBC that Mr Maliki was not seriously injured, other sources in Baghdad later confirmed that he had suffered some minor injuries. Shock waves shook office blocks in Baghdad But also, early on Wednesday, two women and a man were killed during a protest in the holy city of Najaf, where Mr Maliki is due to make a speech on Thursday. Baghdad has gone on the defensive after the attempt on the prime minister. One of the things people are noticing – and I think this is a symptom of something really worrying about Iraq – is the fact that Maliki is not everybody’s favourite choice

Read Chris’s blog Your comments As the suicide bombing attempt and subsequent fierce retaliatory gunfire took place, there was a large turnout at an anti-corruption rally in Basra, where they are demanding that top-level military officers be stripped of their immunity. Meanwhile, some students are handing out flyers around the town of Mosul demanding that oil-rich Kirkuk be incorporated into a Kurdish state. The BBC’s Iraq correspondent James Reynolds says the assassination attempt is especially significant because it came on the eve of this week’s proposed meeting of the security council, which will give Mr Maliki a mandate to put a new security plan in place in Mosul. It is supposed to be a joint meeting of Iraq’s president, prime minister and defence minister, but Sunni political parties have refused to attend. Many of the local people I spoke to expressed both anger and resignation that Mr Maliki might lose the meeting on Wednesday. ‘Alarm’ Jeremy Bowen, our international correspondent, says that although it is almost unheard of for a prime minister to face assassination attempts, he believes it is to be expected. “They’re not afraid of death,” he says. “They just like to see an end to the Baathists, they like to see power distribution across the board, they like to see power returned to them and they want to see an end to the Iranian influence and the common but Shia interest of fighting each other.” Prime Minister Maliki meets leaders of the civil society movement to discuss possible solutions to the problem he says of corruption in the country

An adviser to the prime minister told the BBC that Mr Maliki had been due to make a speech in Kirkuk on Thursday, and those who were injured on Tuesday had been informed of this. There was anger at the attack among students at Mosul University, our correspondent says. Several of the students were reportedly participating in a protest by several thousand people, under the leadership of the Islamic Society of Mosul. Our correspondent says many of the students want Iraq to join a Kurdish state. They do not want the Kurdish flag flying over their city. At the core of this struggle are social factors – where people feel that they’re not just apart of a common identity but the side of a political struggle

Chris Jordan, political commentator A senior Kurdish official in Baghdad told the BBC that “no-one should imagine the situation in Kurdistan will be compared to that in Baghdad.” He said that the Kurds want “full, comprehensive sovereignty”. But Chris Jordan, a political commentator, says the suicide attack is a cause for alarm. “People feel very real fear. Shock waves have shaken office blocks in Baghdad,” he says. “Shock waves have shaken people’s confidence – that Nouri al-Maliki is also someone with a spine.” On Tuesday, the prime minister announced that in the wake of recent bombings, there would be further raids on “criminal gangs” and measures to crack down on bribes paid to soldiers by private contractors. However, Mr Maliki says that the amnesty offer of amnesty does not cover murderers.

StumbleUpon What are these? E-mail this to a friend Printable version